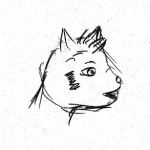 aka it's rude to stare

I'm a Roman Catholic, very much a traditionalist, though I hope you'll all forgive me for that. PLEASE do not try to talk politics with me, I'm a conservative. ;-P NOT a Democrat. I'm a homebody, and though I'm an extrovert, it normally depends on my mood, so if I'm really tired, I may not want to do anything much. I'm a music and liberal arts enthusiast; I used to dream of being an actor, but I plan on becoming an author. I have three siblings; two sisters and a brother. I love being an American. I know practically nothing about football. ;-P And my dad loves sci-fi, which is why I do that sort of thing at all.

While on the Lego Star Wars gallery, I have learned a lot. I now know that a beskar is not some sort of indigestible vegetable, it's a sort of armor, "ika" means little or cute, and that you do NOT wear an Opee Sea Killer in your hair. ;-P Just kidding! ;-P

But, more than that, I have learned that there are people like me around the globe, that they are not afraid to be themselves, and they perserve in being themselves. I used to think I was one of a kind, the ONLY one of a kind. Now I think that WE are all one of a kind, and I don't feel so alone any more. I used to think, "Why should I share my work, viewpoint, etc.? Someone's only going to laugh at me anyway." And, in a sense, I was right. Someone will always laugh at what I do. But why should I care about it? It's not like they'll be making fun of me to my face, and on the Internet, it's likely to get them kicked off. I can always flourish in spite of them. Because I see my friends doing it, and if they can do it, why can't I?

Sure, there is trouble. There always will be. But I shouldn't let it dominate me. It's all about kicking so-called normalcy, a normalcy that is harmful and artificial, in the teeth and not being afraid to stand up. That's what I learned from my friends.

Like Superseaturtle and Daylee, I am a writer and poet. Currently, other than my miniseries on Lego.com, I am working on some other things. Here are just a few...

Jeanna of Redwall, a fanfic that didn't really have an arc or conclusion. It was just... out there. It's a memorial now, nothing that I ever intend to show anyone. I have been stealing names from it, though, so if you ever hear of a Jacina or a really villainy-sounding name, that's where it came from.

The Outlaws of Sherwood, which is pretty obvious what it is. A collection of Robin Hood myths which are not retellings; pure plagiarism in book form. Which is why it's abandoned for now. Incidentally, my first large writing project.

A huge (425 page +) SW novel with the same problems as Jeanna of Redwall. No arc, etc. It might have epic battle scenes, but that's ALL. Like all my work (according to Superseaturtle), the characters are unique and distinctive, the villains act like villains, but still...! Like Jeanna of Redwall, I steal things from it for other stories... like poetry (the never-before-attempted in a SW novel,) and sword fights.

A series encompassing both fantasy and sci-fi, which I may eventually publish. And you'll just have to wait until I do. ;-P

You know you're obsessed when...Edit

I am currently obsessed with several things. I'm nothing if not original, I hope, but still...

You know you're obesssed with:

LORD OF THE RINGS

A WRINKLE IN TIME TRILOGY

Retrieved from "https://lswcreations.fandom.com/wiki/User:ErinKenobi2893?oldid=26273"
Community content is available under CC-BY-SA unless otherwise noted.